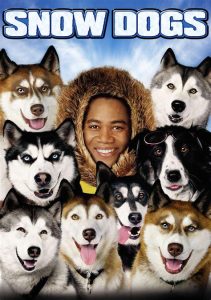 When the movie Snow Dogs hit the movie theaters, I figured I would pass on going to see it. Having grown kids, I had seen enough Walt Disney movies with them to last a lifetime. But then, a friend mentioned I should check it out because it is an adoption story. So when it came out on video, I was one of the first to rent it. The story is about a dentist, Ted Brooks (starring Cuba Gooding, Jr.), who receives a summons for the reading of a will for a woman he had never heard of who lived in Alaska. At that point, Ted’s mother confesses that she knows who the mystery woman is-it’s his birth mother because he, Ted, was adopted as an infant.

We then follow Ted as he goes on his journey to Alaska to claim his property but more importantly to find out about his roots and who he really is. He discovers many things about his birth mother and how he came to be during his journey. He gets to meet his birth father and develop a relationship with him as well. Ted even falls in love along the way.

One issue that really hits home in the movie is the importance of telling a child early about being adopted. Finding out later in life can he so detrimental to an adoptee. Ted faints when his mother tells h m, and only walks around in a stupor for about a day, but in reality, the shock of finding out later in life that you were adopted can last a lifetime.

Ted’s mother admits that keeping it a secret was not the right timing to do. But when he was placed in her arms, she loved him so much. She was afraid that if she told him, he wouldn’t love her and her husband the same as a biological child. So she kept it a secret. It’s very natural for us as adoptive parents to want to pretend that our family is just like everyone else’s. But the reality is, someone else gave birth to our children, not us, and we must face that fact. Moreover, we must value our children’s well-being over any selfish desires we may have. We must be open and honest with our children from the very beginning; otherwise we risk losing the trust and respect of our children later on.

There are no big surprises or startling revelations about adoption in this movie. It is simply a story of an adoptee who is struggling to find out who he really is. Like most Disney movies, the issues are resolved at the end and everyone lives happily ever after. This movie certainly won’t win any Academy Awards, but it could be a good springboard for discussing adoption issues with your child.